African Conservation Entrepreneurs and Business Solutions to the Biodiversity Crisis

African Conservation Entrepreneurs and Business Solutions to the Biodiversity Crisis

In the past year, the global biodiversity crisis has been forced to the forefront of public consciousness: Human activity has impacted up to 75% of the earth’s land area, as the IPBES has reported, and has the potential to drive up to one million species into extinction. But while most traditional conservation efforts focus on setting aside protected areas—which cover about 15% of the earth’s land and 3% of its oceans—conservationists must also address landscapes where people and natural systems co-exist, where nature is intertwined with human development and social change.

This is particularly crucial in eastern and southern Africa, where the Serengeti, Okavango Delta, and Kalahari—some of the world’s most iconic wildlife ecosystems—are inextricable from growing human populations in rapidly changing societies. Rural livelihoods depend on these forests, fisheries, and rangelands, so effective and lasting conservation strategies must find ways not only to protect wildlife and the environment but also to deliver economic opportunities at local and national scales. In Kenya, for example, up to 65% of all wildlife is found on community and private lands, outside government parks and reserves, and wildlife tourism is a multi-billion dollar industry in the region. As the President of Botswana wrote last year in the Wall Street Journal, “Elephants need to constitute a benefit, not a burden, to those who live side-by-side with them.” 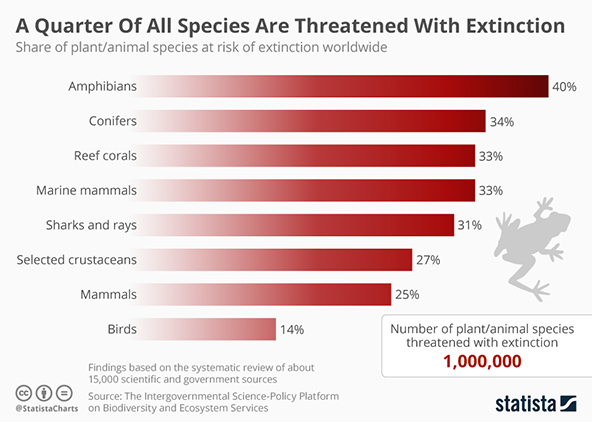 All of this is easier said than done, and conservation is littered with projects that promised to make conservation profitable and beneficial to local communities but struggled to deliver. But since Zimbabwe’s “CAMPFIRE” program in the 1980s—which helped pioneer the idea of generating community-level incentives for wildlife conservation through sustainable and locally managed use—the region has been a source of fertile innovation for conservation efforts around the world. Today, it’s clear that it can be done: A “conservation economy” can create jobs and attract investment while protecting and sustaining the ecological wealth that peoples’ livelihoods depend on. A rising generation of African conservation entrepreneurs—like Ghanaian Fred Swaniker, the founder of African Leadership University—is reframing conservation as a growth sector: “We need to challenge the idea that Africa’s extraordinary biodiversity and wildlife is a diminishing resource that needs to be protected,” as Swaniker put it, calling for transforming conservation by focusing on youth, entrepreneurship, and investment.