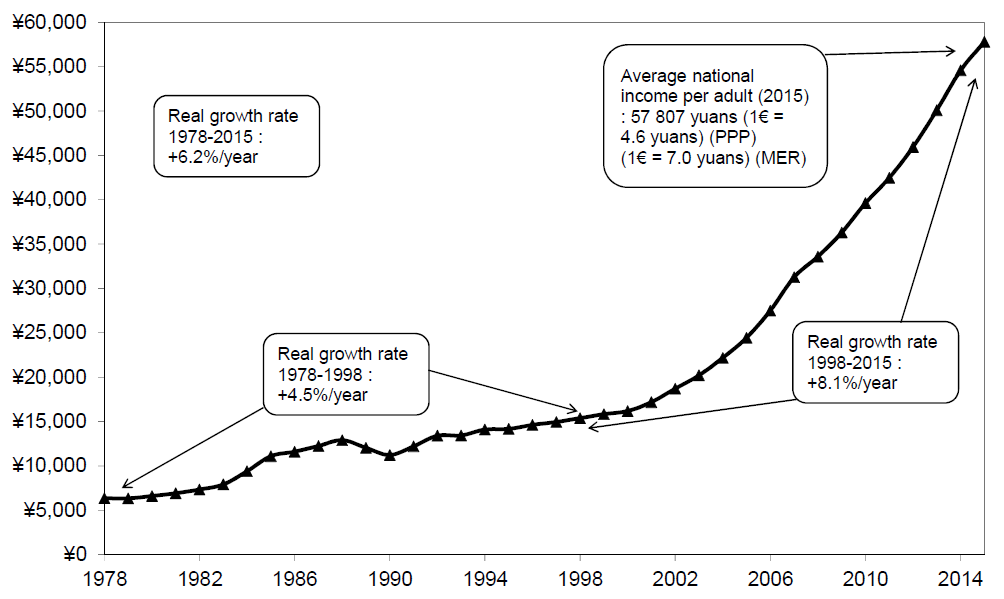 However, relatively little is known about how the distribution of income and wealth within China has changed over this critical period. That is, we do not have consistent estimates of the extent to which the different income and wealth groups have benefited (or not) from the enormous macroeconomic growth. The household surveys that are used to study distributional issues in China (e.g., Piketty and Qian, 2009) suffer from massive under-reporting, particularly at the top of the distribution, and are typically not consistent with the data sources that are used to measure macro growth (namely, national accounts). This is an issue of tremendous importance not only for China and its future development path, but also for the rest of the world and the social sustainability of globalisation.

In the current research, we combine official and non-official sources (including independent estimates of China’s balance sheets) to provide the first systematic estimates of the level and structure of China’s national wealth since the beginning of the market reform process. (See, e.g., Li Yang et al, 2013a, 2013b, 2015; Ma et al, 2012; and Cao et al, 2012.) We find that the national wealth-income ratio has increased from 350 per cent in 1978 to 700 per cent in 2015. This increase is mainly driven by the increase of private wealth, which went from 115 per cent to 487 per cent of national income during the same period.