Three Graphs Show How Income Inequality Got Worse After The Crash

Three Graphs Show How Income Inequality Got Worse After The Crash

That the Great Recession profited the wealthy has been clear for some time. Similarly, it hurt those who were worse off. For example, those at the top of the economic structure here more than recovered what they had lost, largely because monetary and fiscal policy focused on bolstering markets.

As New York University economics professor Edward Wolff has demonstrated, “the richest 10 percent of households controlled 84 percent of the total value of these stocks, though less than its 93 percent share of directly owned stocks and mutual funds.” Of course that 10% will get the boost while those whose wealth is mostly in something like a house will have seen it fall away as inflated property prices finally collapsed.

But the growing disparity is more than this. It comes down to wage growth. Although lately it’s been up a bit, there were a few crucial years when wage growth fell and those who were likely to be making least saw the largest drops.

The Federal Reserve Bank of Atlanta maintains a wage growth tracker that provides ongoing information about nominal (without considering the effects of inflation) wage growth across a number of characteristics.  I’ve chosen a few categories that have greater resonance for low-income people. 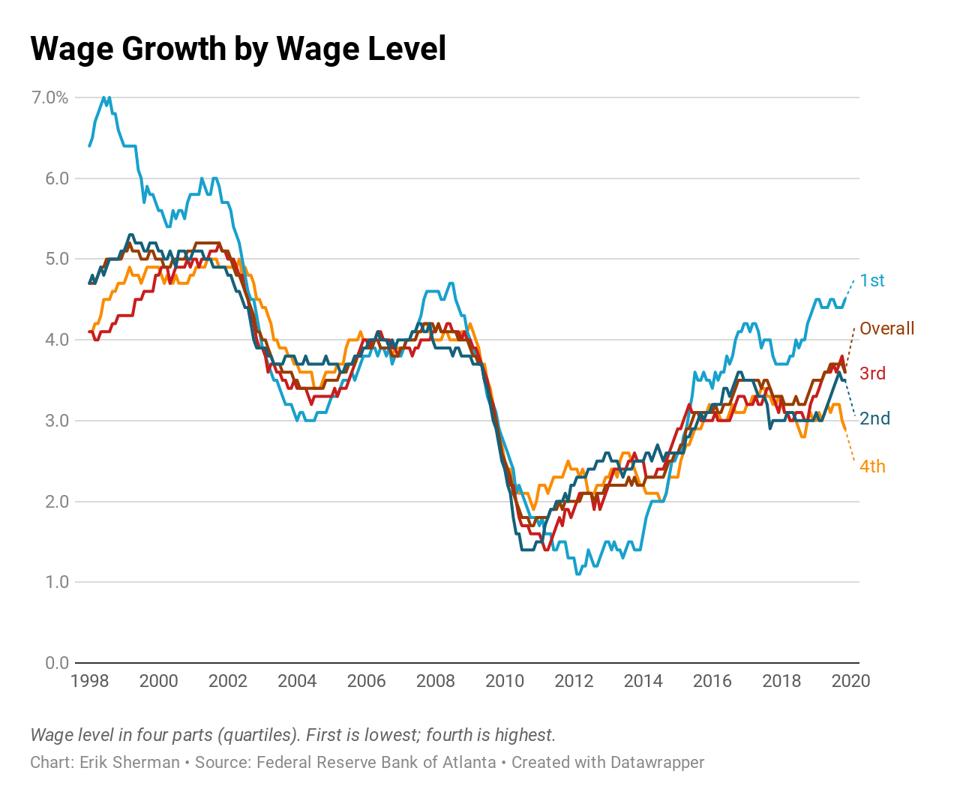 Read the rest of Erik Sherman’s article here at Forbes